The Real Concequences of Three Strikes

If you missed this check out the powerpoint here 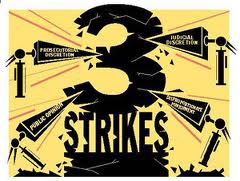 New Zealand has the second highest imprisoned population in the Western world and we are now in a race with America for what? The justice policy least effective, how’s that tough on Crime!

Justice Roper said 20 years ago ….it is naive to think imprisonment holds the answer to our rising crime rate… So what has changed? Well, then our prison numbers were 3000 – today 9000.

So we have a choice – in California and many American states corrections have bankrupted them. Social services, hospital waiting lists, education, ha-ha you are joking we have a future legacy of paying for cages.

The upcoming seminar will focus on just what has gone wrong in the States and the risk we a running with similar laws in New Zealand. Rev. Givens was Executive Director of the 600 Prison Chaplains in California, before most of them were fired under the new, harsher penal regime. He’s a leader who is passionate about ending the three strikes law and the inhumane conditions it has contributed to in US prisons. He is Political Director of UNION (United for No Injustice, Oppression or Neglect).

Ron is bringing with him graphic images of prison overcrowding and budget shortages in Californian prisons. Come and join to get a real insight into the possible future of our penal system.

Sponsored by the Howard League for Penal Reform in Association with the Edmund Rice Centre, Rethinking Crime and Punishment, and the Canterbury Community Law Centre