We gathered at St Thomas’ and were introduced to the other schools at around 12:00. There were students from Kavanagh College, Liston College, St Kevin’s College, St Thomas’ College and Villa Maria. We were first hesitant about getting to know the other students, being the only Auckland school after all but during the briefing we came to realise that everyone was extremely friendly.

After a briefing, we split into three different groups and went to different places: The Salvation Army, Community Law/Pathways Reintegration and St. Vincent De Paul.

At the Salvation Army, we received talks from three different workers who talked about their role with the Salvation Army. This included the prisoner reintegration programme, the food bank and their programme to protect and educate sex workers.

Afterwards we all meet back up at St. Thomas’s, tired and hungry. It was close to dinner time and we were all looking forward to a nice meal but soon discovered that eating dinner would a problem in itself. Each group was given $12 to feed 8 of us and surprisingly it was do-able.

The idea of this challenge was to help us get an understanding of what it’s like for those in large families and don’t have enough money to sufficiently feed everyone. All three groups bought $10 hot chips and 2 $1 loaves of bread. The night activities then involved half of the students going out onto the field and being split up for an hour of silent reflective time while the other half had to spend the night outside sleeping on cardboard boxes in the 1 Degree cold.

The next morning we had an early start and were given a talk by two local police officers, whose roles involve liaising with the local schools. They talked about their role in the community and shared some of the experiences that stood out for them in their job. We then had an interactive question and answer session and it was very interesting to see how a lot of the questions focused on the relationship between mental health and various causes of crime.

We then departed St Thomas’ and went to the Christchurch Centre Police Station. Inside, we split up into two groups and separately visited two different units: the communications unit, which involves the people who answer 111 calls and helped us understand the process they have for locating people in need and sending the appropriate personnel to them. The second unit showed us the security cameras they have all over Christchurch and it was very interesting to see they could uncover footage of us exploring the city from the day before!

We then moved onto the Christchurch City Mission – where we received a presentation on the work of the City Mission – in particular, their foodbank and emergency housing facilities. It was very interesting to see them talk about having a low food budget meant meals were typically unbalanced and unhealthy which definitely resonated with everyone based on our dinner last night.

The last place that we visited on Friday was St John o God Rehabilitation Hospital. This was where people who suffer from paralysing injuries are taken to rehabilitate. We were split into groups and taken for tours of the hospital and on reflection, all groups talked about the happiness shown by all the patients and the ‘family vibe’ that was felt between staff and patients which contributed to the joyful atmosphere. Talking to individual people was an eye-opening experience – particularly hearing stories like a young teenage boy who went to sleep normally and woke up paralysed from the neck down. Many students commented on this experience making them treasure what they have and ensuring they made the most of every day because you never know what may happen.

We returned to St Thomas’ and were given a $15 budget this time for dinner. This meant we were able to purchase some meat and vegies and have a more balanced meal than the previous night. The nightly routine remained the same except in reverse – half of the students were spread throughout the school to have silent reflection time and when they returned, the other half had to sleep outside under the shade during a wet Canterbury night.

The final day we journeyed off to New Brighton Beach which was short lived because of the rain before returning to St Thomas’ and having a final reflection. Common themes were brought up during the reflection including gratefulness, relationships, equality, and a desire to see social justice in our communities. We then said our goodbyes and everyone went their own ways. Although the retreat was only 2 days, the lessons we learned and bonds we made with other students in the Edmund Rice Network will remain with us for a long time.

From the weekend experience down in Christchurch, the entire group were able to come to similar conclusions about what we could learn from our experiences. Our involvement and exposure to various social issues associated with poverty and injustice were able to open our eyes to the issues that many people face on a day to day basis in our society today. This experience left us all with the understanding that we should feel lucky and privileged to be brought up in the way that other people in our community can only dream for. It was an eye opener to our blessings that we got from our parents growing up, which many people in our society fail to get at a young age, which leads them into poverty and crime. 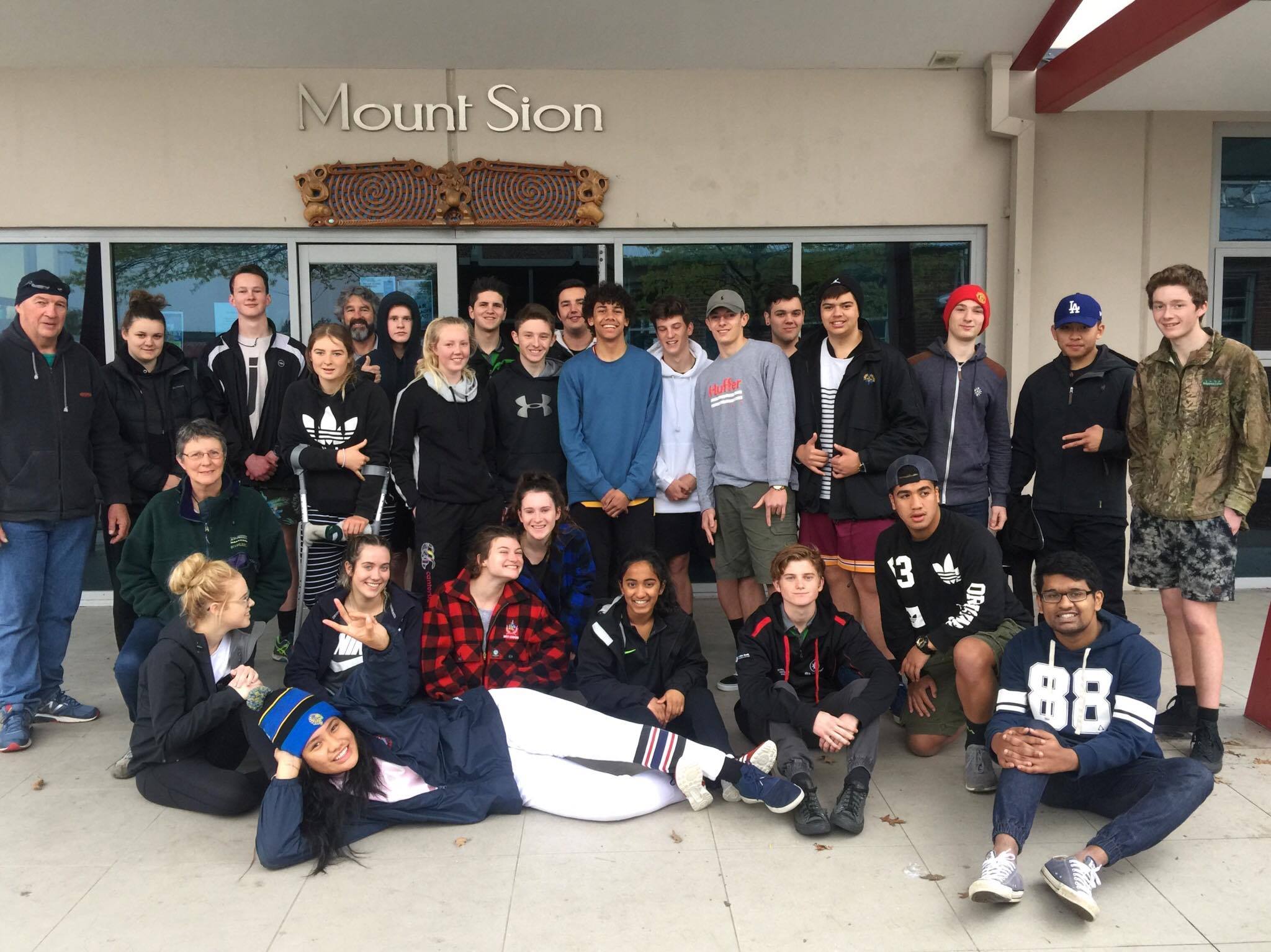 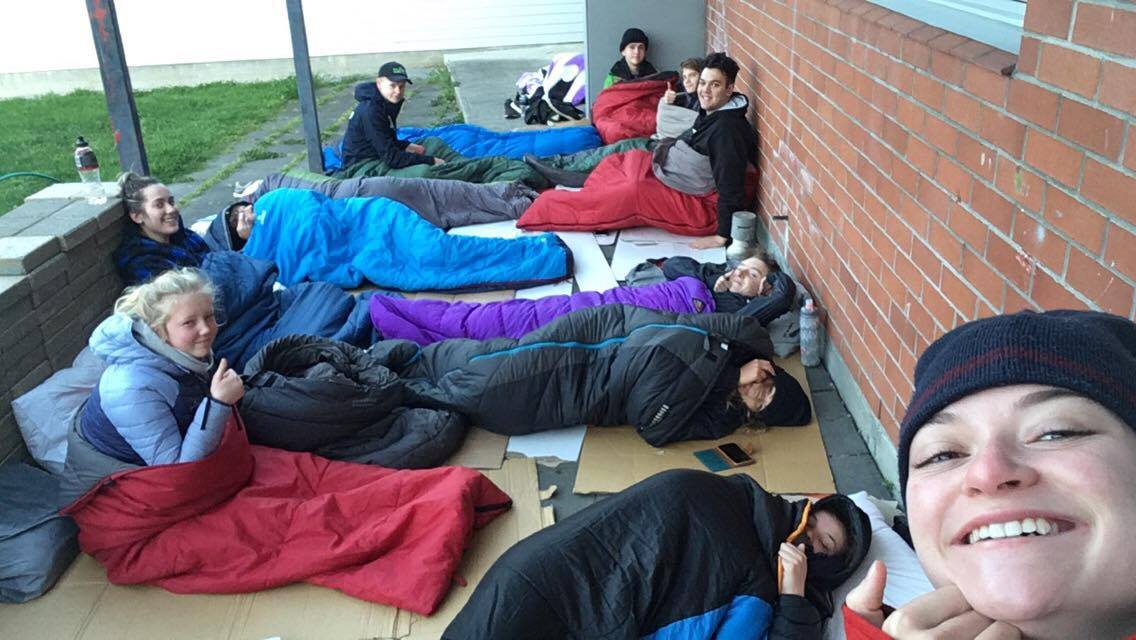 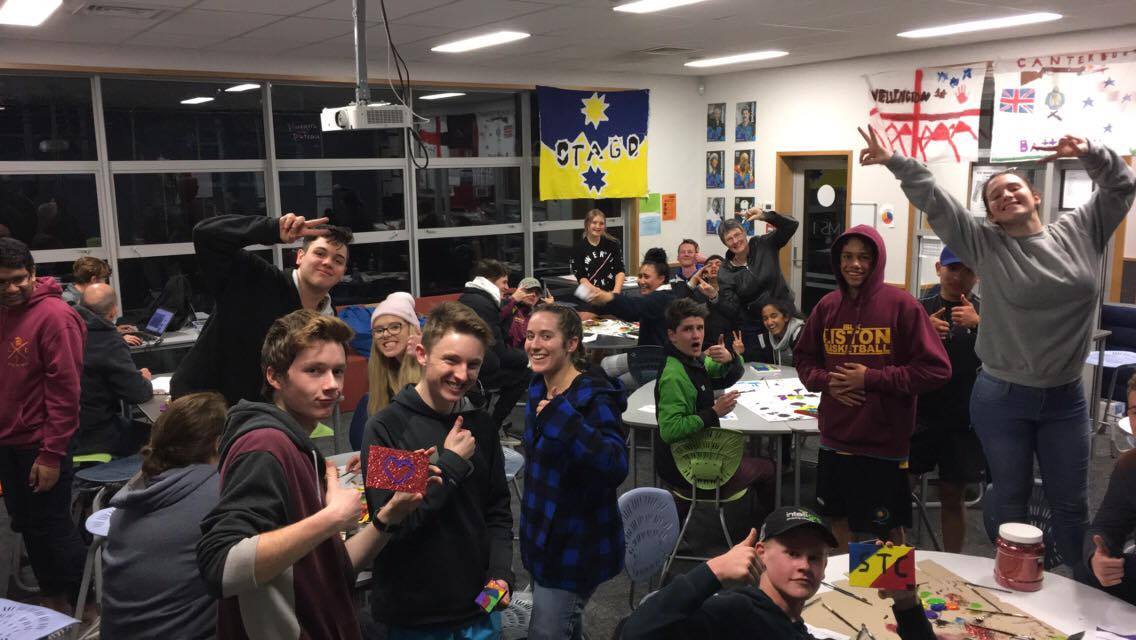