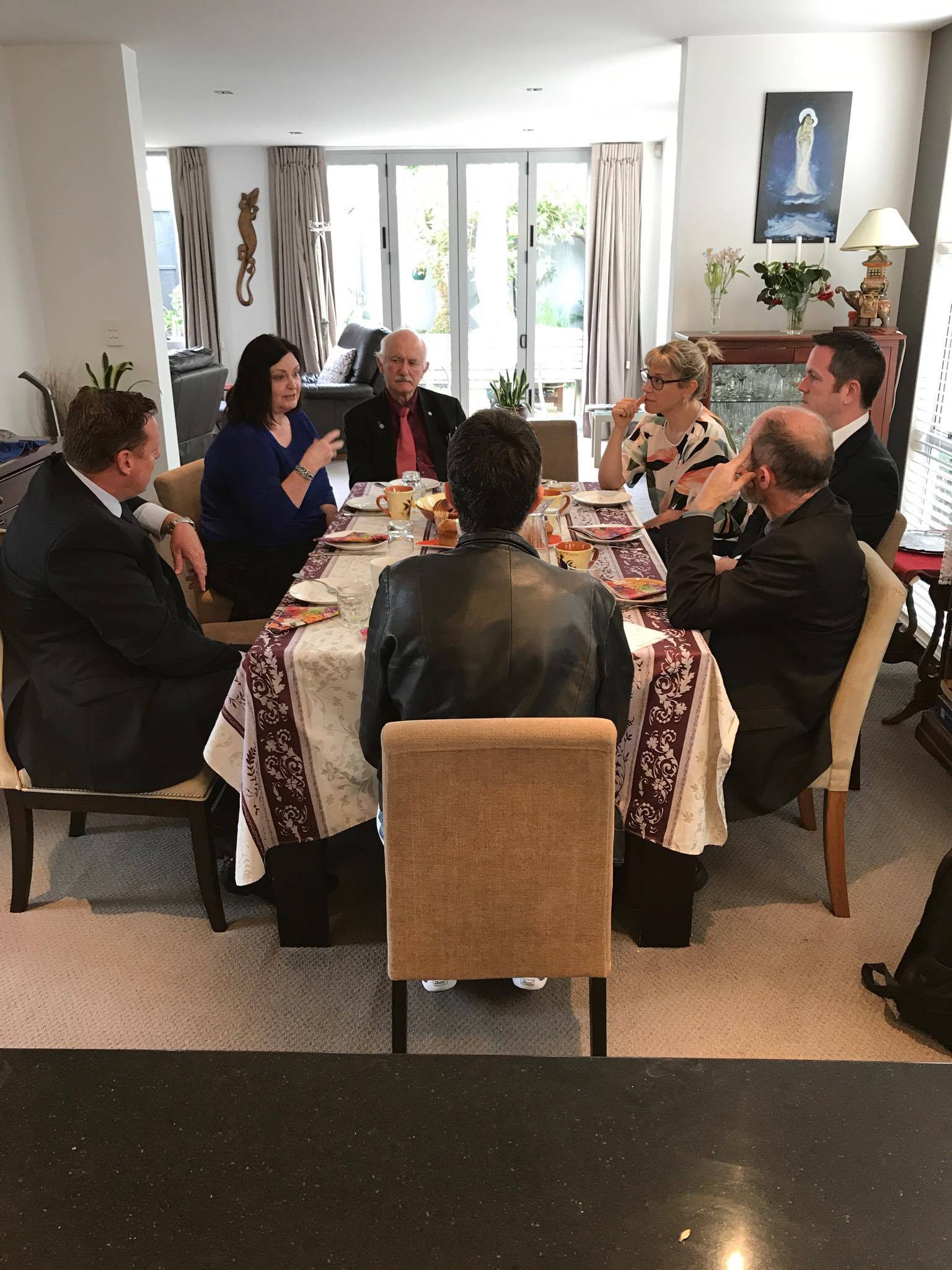 On Monday 27th of November 2017, the Edmund Rice Justice Trust hosted an Ethical Encounter breakfast on Euthanasia. It was presented by Simon O’Connor MP, who recently chaired the Health Select Committee that looked into the Euthansia Bill.

Simon spoke about his experiences looking into the Euthanasia bill which was the largest public discussion ever entered into by parliament – 21,000 New Zealanders wrote to the Health Committee and 944 spoke in person. Simon talked in depth about the arguments and underlying issues that were brought up by anti and pro Euthanasia supporters.

The invited guests came from a variety of backgrounds with involvement both in and outside of the Edmund Rice Network. This contributed to many insights beyond made into the complex issue of Euthanasia such as the underlying issue of choice vs public safety, the impact of costs and funding, the varying quality of palliative care, the way society currently deals with death and dying and the idea of alleviating suffering vs. dying.

We would like to thank all those who attended our ethical encounter and to Simon for presenting.